If on this cold and gray morning after the 150th (or is it 175th) St. Patrick’s Day in Cleveland, you are waking up to the reality that you were arrested and charged with Operating a Vehicle Under the Influence (OVI) last night, I’ve got you covered. Give Attorney Mark S. Ondrejech a call at 330.441.2027 or email him some times and dates you are available to meet for an appointment. Mark S. Ondrejech would be honored to stand up for you in court against these charges.

Often, people who are charged with OVI on big party nights like St. Patrick’s Day are good people with little prior criminal or traffic history who feel terrible the morning after about what happened. They are often so bummed out and embarrassed that they just want to plead guilty or no contest, take the punishment and get on with their lives. This is a mistake.

OVI is a serious CRIMINAL charge. OVI is NOT just a severe traffic ticket. It is a first-degree misdemeanor offense, which is the most serious level of criminal offense beneath the felony level. OVI carries up to 180 days in jail (6 months) and a fine of up to $1,075 plus court costs, a driver’s license suspension of up to 3 years and yellow plates or ignition interlock or both as a condition for exercising any limited driving privileges the court may grant during the period of your license suspension. The Court can also require you refrain from otherwise legal conduct such as drinking alcohol during a term of probation. Additionally, the Bureau of Motor Vehicles will assess 6 points against your license (12 points in a 2-year period is the limit for a separate suspension).
Perhaps most importantly, you will have an OVI on your prior criminal conviction history.

Under the new amendments to the OVI law (effect next month but reportedly applicable retroactively), the Court will look at your criminal conviction history over the last 10 years. If you have any prior OVIs in the last 10 years, the mandatory minimum penalties for OVI will be enhanced at sentencing. So, instead of a minimum 3 days in jail that can be done at a hotel program (72-hour driver’s intervention program) you will also have to do 3 days in ACTUAL JAIL if you are convicted of a second offense in a 10-year period — minimum. The Court may even sentence you to up to 180 days in jail. This mandatory-minimum enhancement look-back period has earlier been 6 years; on April 6, 2017, it is extended to 10-years.

Criminal defense attorney Mark S. Ondrejech stands ready to defend you against OVI charges and to help you navigate the pre-trial proceedings to fight the substance of the charges against you and to mitigate the effect of the administrative license suspension imposed upon you at the police station when you failed the chemical test or refused to submit to the chemical test (breathalyzer, blood or urine sample) after the police officer (or state trooper) read to you the warning on the back of the BMV 2255 (carbon copy form given to you by police at the station).

Although your case may seem hopeless, understand that Attorney Mark S. Ondrejech has a great deal of experience in this area and is often able to obtain a reduction of charges out of the OVI category based on legal issues that you do not understand.

Specifically, Ondrejech will look to assert your 4th Amendment rights to be free of unreasonable search and seizure and challenge the police officer’s reason for pulling you over on the road. He will challenge the justification for the officer to extend the duration of the traffic stop from writing a traffic ticket to requesting that you submit to field sobriety test. Cuyahoga County criminal defense lawyer Ondrejech will then challenge the officer’s administration of the field sobriety tests using the rules from the National Highway Safety Transportation Administration manual. Finally, Ondrejech will inspect the records of the chemical test device used to measure blood alcohol in your case to determine whether there was a flaw in the results.

Of course, many people delay retaining an attorney because they think that the judge will look upon them less favorably if they retain an attorney to fight the case; those thinkers posit that the judge will see them as more deserving of leniency if they go take their lumps and just plead guilty. This is not true. More importantly, judges are often annoyed by defendants who show up in Court attempting to do things like this. That is because it creates a danger of the conviction later being overturned on appeal because later the Court of Appeals could theoretically decide that the defendant did not knowingly, intelligently and voluntarily understand what they were doing when they plead guilty to OVI and took the punishment. Judges do not like to be reversed on appeal.

?Often, the judge or magistrate will refuse to accept the plea and instruct the defendant to come back later after retaining counsel. In other words, judges and even the police officer who arrested you, expect that OVI defendants will hire an attorney to represent them. In fact, judges are lawyers who attained respect in the community after practicing law for many years and were voted to be the judge. Judges appreciate lawyers who understand the legal procedures involved in a case and who prudently navigate those procedures on behalf of clients. They expect that lawyers will fight for the rights of defendants as well.

If you are facing an OVI, call Attorney Mark S. Ondrejech at 330.441.2027 or set up an appointment by email to mark@o-lawfirm.com. Mark wants to stand up for you.

If on this cold and gray morning after the 150th (or is it 175th) St. Patrick’s Day in Cleveland, you are waking up to the reality that you were arrested and charged with Operating a Vehicle Under the Influence (OVI) last night, I’ve got you covered. Give Attorney Mark S. Ondrejech a call at 330.441.2027 or email him some times and dates you are available to meet for an appointment. Mark S. Ondrejech would be honored to stand up for…

Top 4 St. Patrick’s Day Activities That Can Leave You Looking for a Lawyer

Happy St. Patrick’s Day from The Ondrejech Law Firm LLC.  Attorney Mark S. Ondrejech wishes you the luck of the Irish. If you get in trouble on March 17, 2017 in Cleveland or the broader Cuyahoga County, Ohio area, call Mark at 330.441.2027 or send him an email (mark@o-lawfirm.com) so that he can stand up for you in court. You may ask yourself: What could possibly go wrong on this day of merriment? Plenty. Here are four St. Patrick’s Day activities that…

Home Opener 2014: The Legal Nature of the Game Ticket

It’s opening day in Cleveland! Today, the boys of summer return home on this dreary April 4, 2014. Thousands will “play hooky” and head down to the corner of Ontario and E. Ninth to ring in what appears to be a promising season. There will be plenty of pre-game revelry. I have attended several home openers over the years and discovered that much of the crowd is inebriated by the opening pitch. Many act obnoxiously, and the most obnoxious are…

What Clients Say About Us

I retained Mr. Ondrejech to co-counsel a case with me in the Cleveland area and I must say he is nothing short of outstanding. Mr. Ondrejech is an excellent, experienced and compassionate attorney. He is dedicated to his clients and aggressive when necessary. I high recommend him.

This is one of those reviews you can take to heart - it is totally unsolicited and probably unexpected, and from the head and heart. I don't know Mark outside of his representation of me, and yet I couldn't be more enthusiastic about endorsing him than I am here. He's an excellent, determined, honest, and dependable attorney who has represented me in multiple cases and has always done an excellent job. Notably, when the local court refused to simply follow the law, Mark helped me take my case to the next level - the Court of Appeals - where I prevailed thanks to his excellent and diligent representation. He has expertise in both civil and criminal law, and I strongly endorse him and am writing this review as a thanks for his outstanding representation - and nothing more.

Excellent and thorough work done with our living will. We appreciate your expedited work and the convenience of working with you. 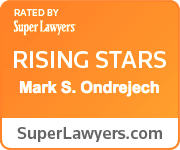